Without a doubt, the hardest Story fight so far. This fight is actually way harder than most Nerofes-tier Challenge.

Gimmicks:
– Each turn, your entire team will get either 20% NP charge, a few debuff removed, or heal for 3000 HP.
– Cernunnos has Damage Reduction based on how many stacks of Curse he has on himself.
– He’s also immune to Stun and Charm.
– At the start of battle, he will gain 7 stacks of Curse. Each turn, he will gain 1 stack of Curse.
– When attacking, he will gain 1 stack of Curse at random. Though he usually attacks twice per turn, he can attack a 3rd time if he feels like it. Especially during the final HP bar.
– He can also consume his Curse to cast skills to either heal and charge himself, or curse a single Servant (this is actually a good thing compared to his normal attacks).
– His NP hits everyone and inflict Curse + Curse amp.
– The only way to remove his Curse stacks is to hit him with any attack. However, with each stack removed, he will heal himself by 10k, and the attacker will receive a Curse debuff (team wide), Def down debuff and HP Drain debuff (3 turns).
– First break, he will NP seal + Skill seal frontline for 1 turn (not removable).
– Second break, he will gain Crit chance up and 5 stacks of Curse.
– Third break, he will gain 7 stacks of Curse and debuff your frontline with 10 turns of 5% NP drain every turn (unremovable).

Good luck if you want to clear this without revive. You’ll need it.
#fgo 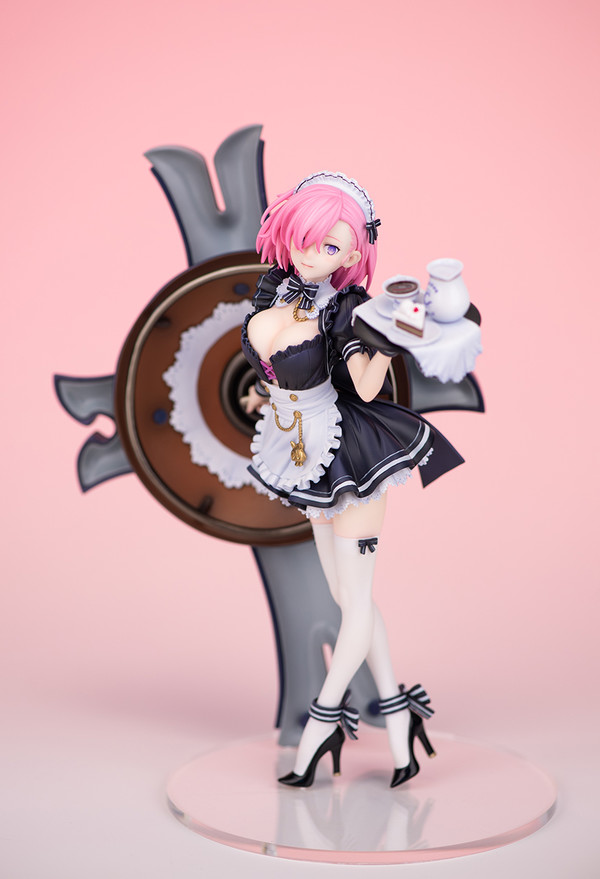 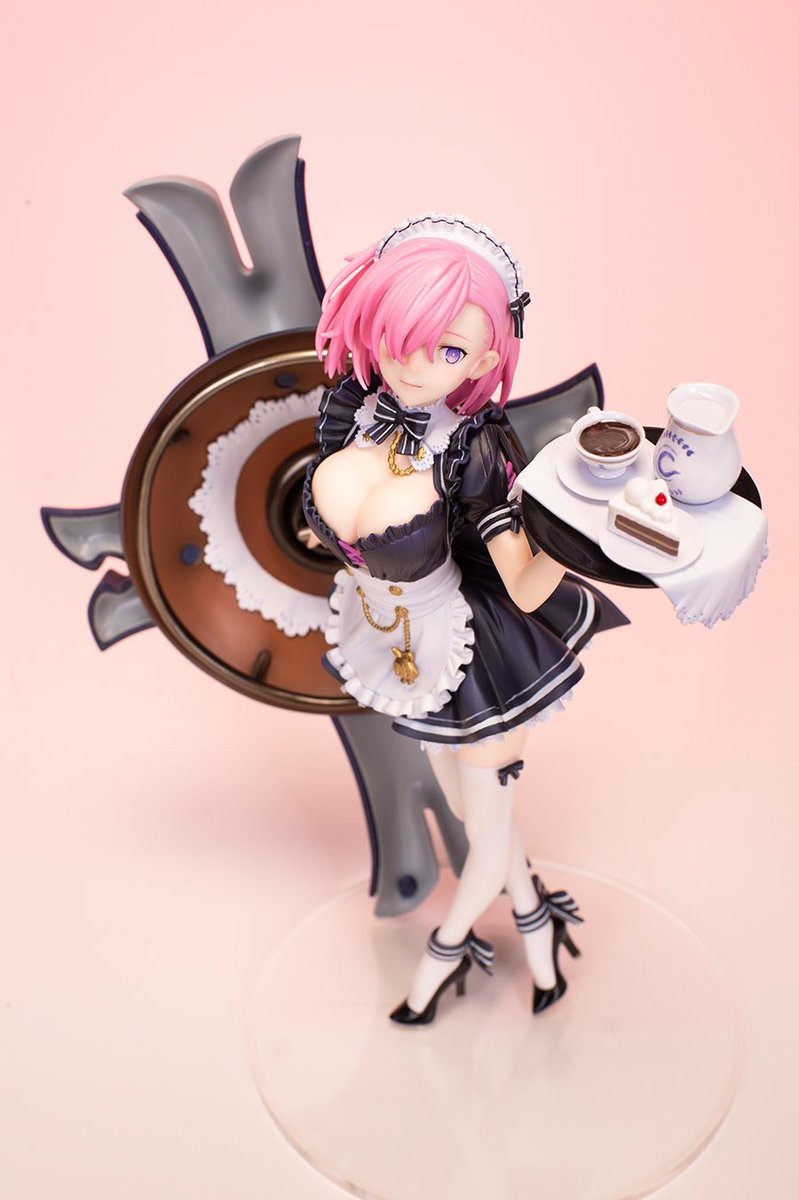 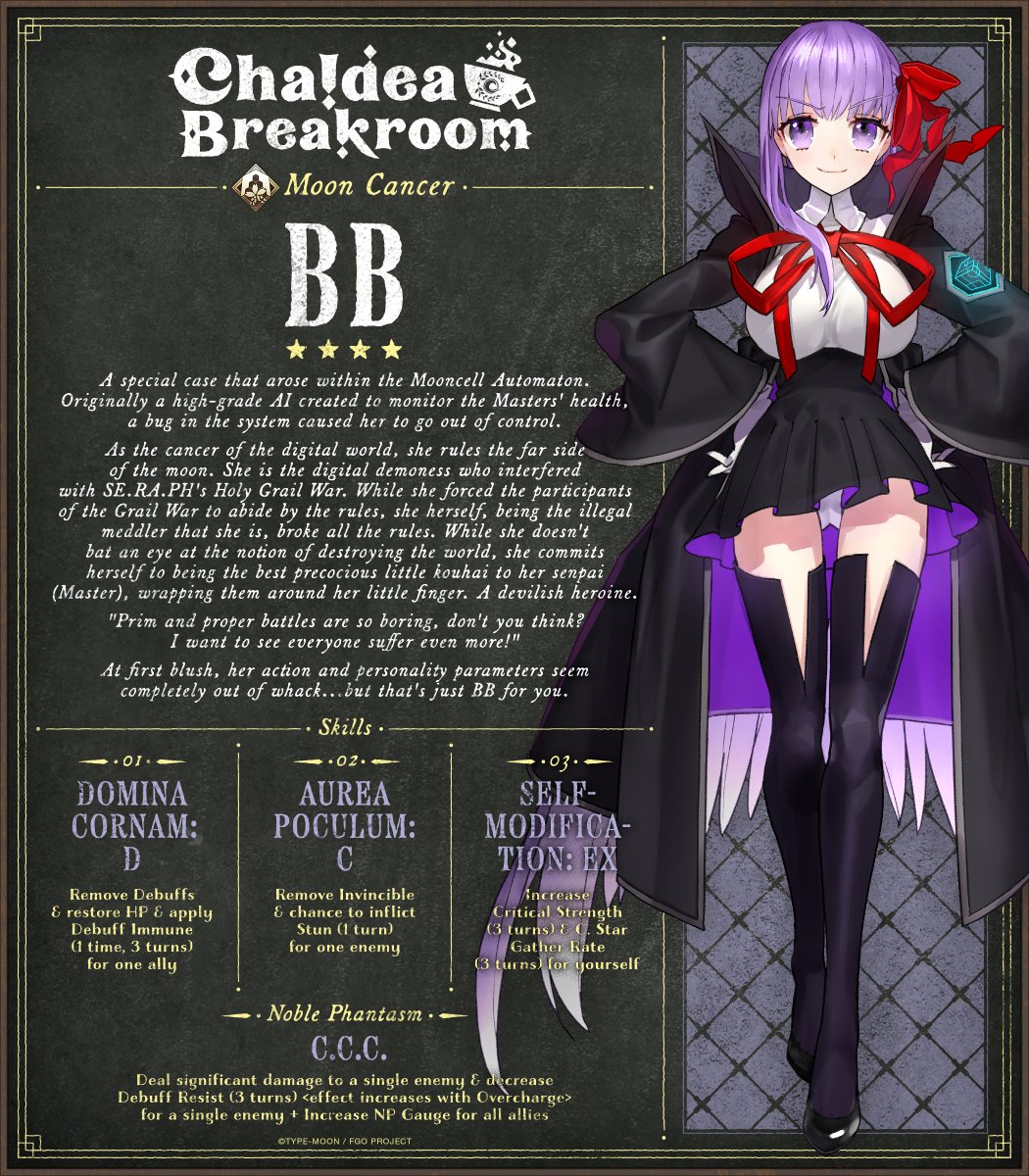 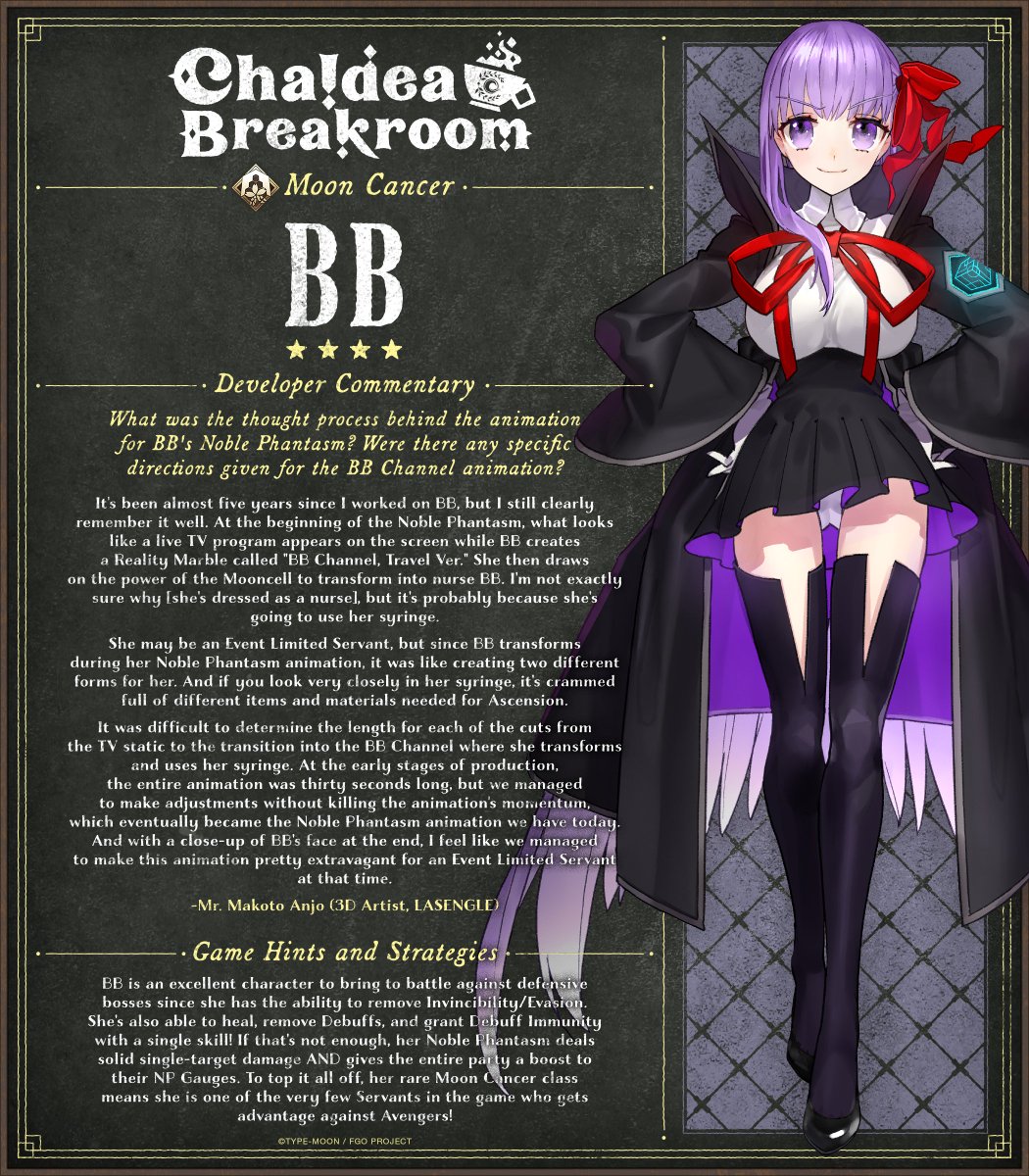 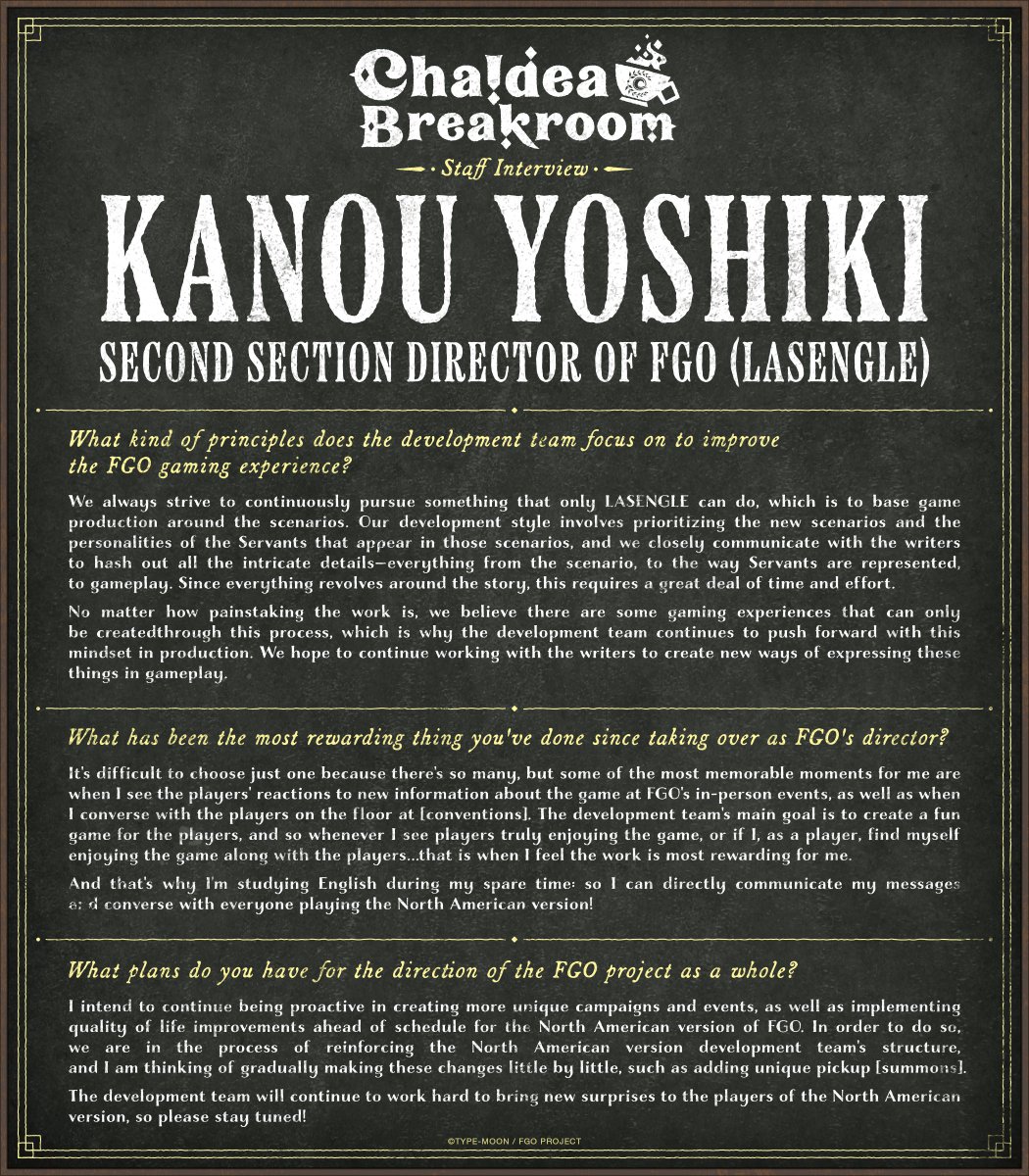 It's time to start the celebration for Fate/Grand Order (English)'s 5th anniversary! #FateGOUSA To kick things off, we'll be distributing the App Release Anniversary Limited Login Bonus of 30 Saint Quartz upon your first login between 6/24 9PM and 6/25 8:59PM! #FateGOU5A 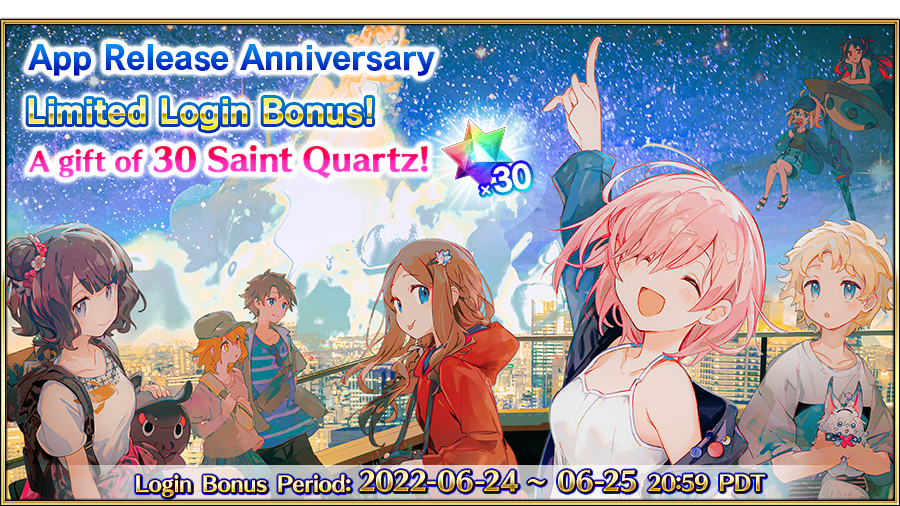 Do you know what tomorrow is? It's Fate/Grand Order (English)'s 5th anniversary! We're excited to reveal this year's anniversary illustration by Namie (@namgoreng) and our anniversary homepage! #FateGOUSA #FateGOU5A ➡️ fate-go.us/5th_anniversary 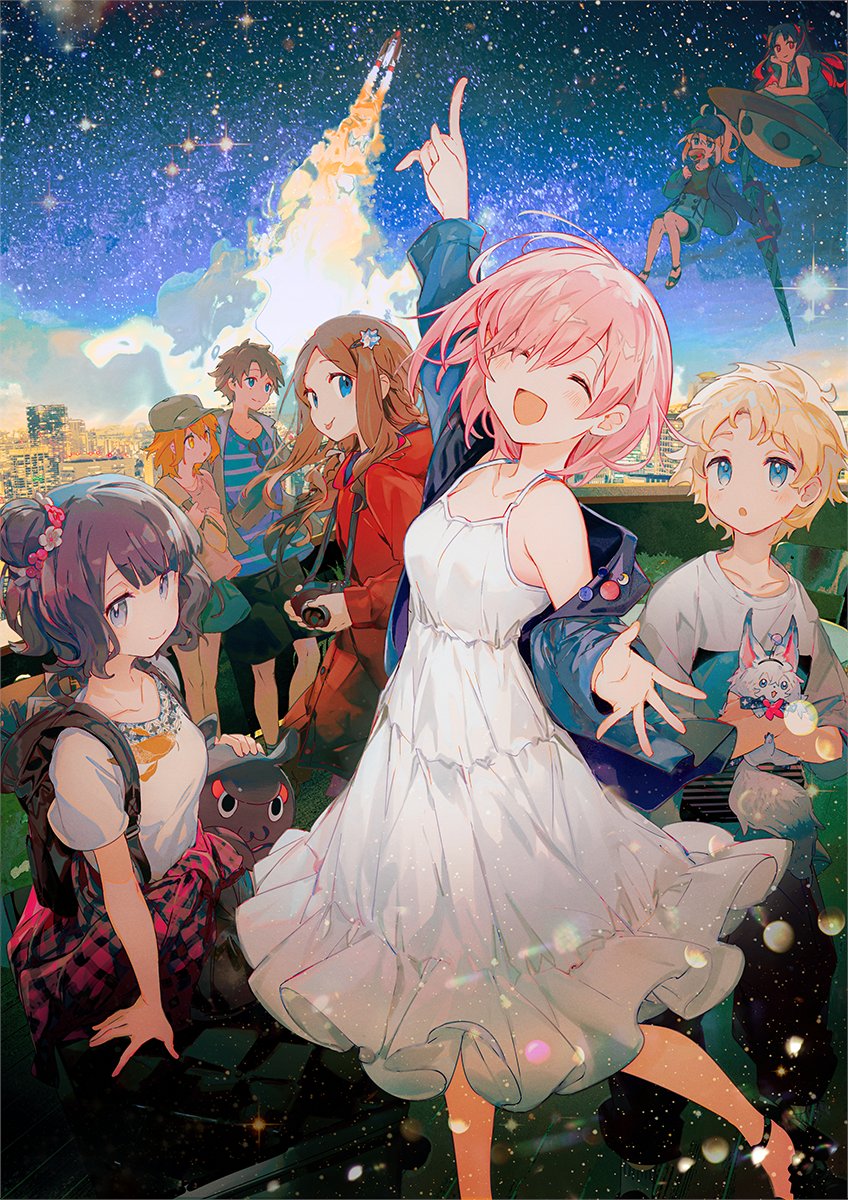